Why Does Cannabis Makes Some Users Paranoid and Helps Anxiety in Others?

Why Does Cannabis Makes Some Users Paranoid and Helps Anxiety in Others? 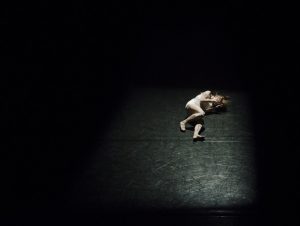 At some point in the lives of cannabis users, ‘they’ll experience some feelings of being high as well as some episodes of paranoid. While it manifests as mild worrying in some people, others often find themselves in the fetal position.

For instance, some cannabis users might find themselves dialing 911 due to the feelings of getting high that is present in cannabis.

Paradoxically, it is enough to conclude that cannabis offers a wide range of benefits to the body, such as demolishing the ‘body’s anxiety levels. Typically, patients with PTSD are also utilizing medical marijuana in the treatment of stress as well as panic symptoms with a remarkable rate of improvement in such condition.

Yeah. You might have heard from a friend or a colleague, “I can’t smoke weed. It makes me feel paranoid. Whether you are able to relate or you aren’t able to judge this reaction, the fact still remains that it is a common adverse effect of cannabis that keeps begging for an answer. Yes, why does weed makes you paranoid and helps others in anxiety?

Well, the simple answer to this is that it has something in common with your endocannabinoid system. This also includes the mode of interaction of THC with your psychology.

According to various research studies, cannabinoids such as THC binds tightly to the receptors throughout the brain cells, and many of these cells are focused in the amygdala. The amygdala is responsible for emotional processing, and governing responses such as stress, fear, anxiety, and paranoia.

Whenever the action of THC influences the amygdala, it tends to modify neural communication.  ‘Let’s take a look at a few other reasons why cannabis makes some users paranoid and help others in anxiety:

The Amount of THC in Your Strain

Whether it is sativa or indica, there is always a high probability that you’ll get paranoid after smoking cannabis. While there are thoughts that the indica strain could cause paranoia more than sativa, there are also individual belief’s associated with having a strong reaction to a particular strain. Some people often conclude that different strains of weed react differently in different people. Hence, one of the reasons why some people might feel paranoid and others having the cure for anxiety.

However, from the research conducted by Dr. Holland, the difference in strains doesn’t influence one’s feeling but the amount of THC present in it. Whenever the THC content is much, there is a high probability of getting paranoid. This is simply because THC contains the psychoactive effects, and it is these effects that bring about the paranoid feelings.

Feeling You Have to Hide Being High

Paradoxically, the feelings that marijuana are still considered illegal in some parts of the world has a significant impact on people developing paranoid feelings whenever they use it. According to Dr. Holland, the fact that cannabis hasn’t been legalized in some parts of the world is definitely one of the factors. With the knowledge of psychedelics, sets and settings are inextricably linked together. And yes, you may get paranoid if you need to hide something and you may also be anxious about it. However, there is a high probability that you get less anxious and less paranoid in areas where the smoking of cannabis is widely accepted and legalized.

There you have it! Perhaps a few of the factors responsible for people getting paranoid and as well anxious upon smoking of cannabis.